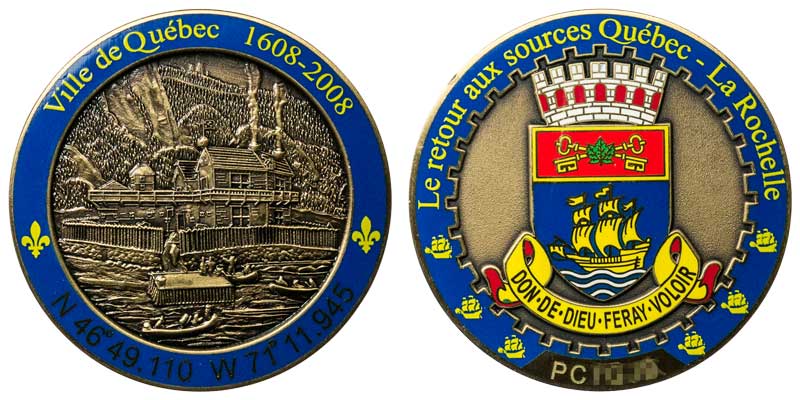 I am not sure who issued this very nice geocoin, but it came out to mark the 400th anniversary of the founding of Ville de Quebec (the City of Quebec). That's the original fortress on the obverse of the geocoin. Today, Quebec City is the only surviving fortified city in North America, making it a very popular tourist destination for people from all over the world.

"Le retour aux sources Quebec" on the reverse translates as "The homecoming Quebec" (or maybe The Quebec Homecoming?)